Water shortage and water pollution are serious problems in China’s Northern provinces which strongly influence not only socio-economic development, but also ecology and quality of life in these regions. Shandong Province and particularly the Huangshui river basin is an outstanding example for water conflicts arising from piece meal action as well as from fast growing population, industry and agriculture. Crucial points are here also water shortage, the pollution of water resources, and the associated intrusion of seawater into groundwater resources.

The project will be realized in the Huangshuihe river basin spanning 1.034 km² and subsequently regionalized to the scale of Shandong Province (156.700 km²), as far as possible. The catchment area lies alongside Laizhou Bay on the Pacific Ocean, and its shoreline measures 64 km. Over-exploitation of water resources results in serious problems for water and agriculture due to saltwater intrusion into the groundwater. Development not only of agriculture, being with ca. 65 % the most important economic sector in the region, but also of industry is heavily impeded by water scarcity. 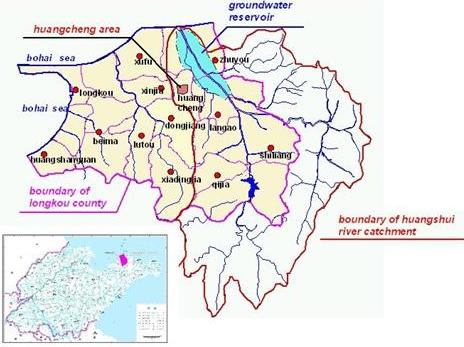 The following problem areas must be solved for the region:

The foundation for this project was laid in the years 2004/2005 within the framework of a preliminary project under the auspices of the University of Essen (Prof. Geiger) and of the Shandong WCR Institute (Prof. Wang/ Prof. Zhang).

A Water Resources Management for Shandong Province should intergrate the following fields:

By IWRM combining German traditional expert knowledge and novel developments of water management, especially related to the EU Water Framework Directive, with research efforts in the coastal region of Shandong Province, a substantial improvement of the situation is possible.

Such management, employing also high quality German monitoring and installation engineering, could be applied in the following not only in other parts of China, but further in other world regions with similar challenges. 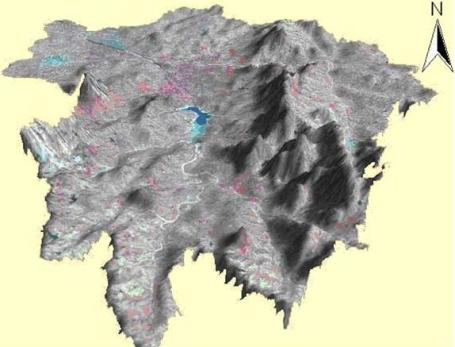 The complex role of water as an integral part of ecosystems as well as a natural resource and a social and economic commodity, plus the multitude of stakeholders require the consideration of a large number of criteria in the planning and decision process. Decision-support systems (DSS) assist this complicated process and shall be used for the consideration of economic, social and ecological demands in choosing efficient measures inside the framework of political decisions. It is intended to develop and apply a participatory approach adapted to Chinese conditions which bases on experience drawn from the BMBF joint projects GLOWA Elbe and River Basin Management Werra.

The project is divided into two phases:

The project was conceived as a Chinese-German joint project. Its German and Chinese subprojects are connected to each other, respectively. The following scheme shows the project structure: 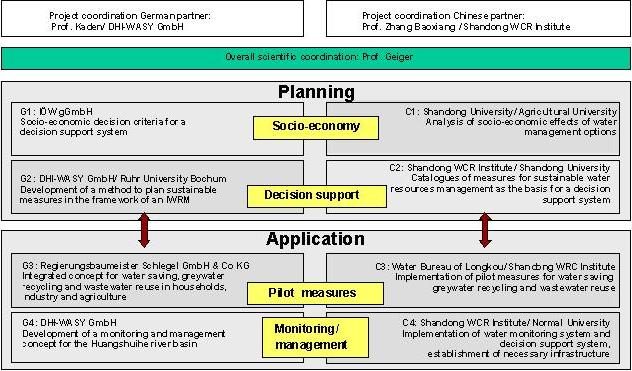 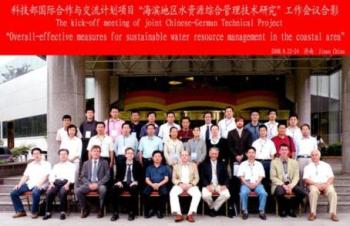 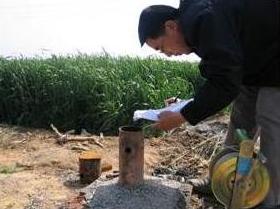 In the project, scientific and technical know-how of universities and business companies is bundled, adapted to the specific conditions in Shandong Province, and further advanced. Project results and the synergies developed within the joint project lead to expect a wide range of novel scientific and technical challenges and solutions especially in the Asian area.

Regions with water management problems comparable to those of the coastal area of Shandong Province exist not only in China but worldwide. The project can fulfill an important multiplier function also considering possible effects of global warming and socio-economic developments. 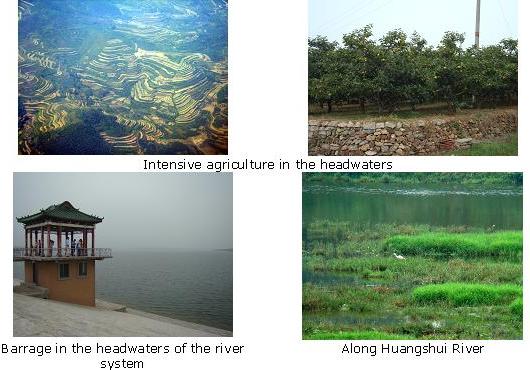