IWRM Meeting and Workshop in China

On October 20 and 21, 2009, a task force meeting and workshop was held in Jinan, the capitol city of Shandong Province, by members of the joint project „ Overall-effective measures for sustainable water resources management in the coastal area of Shandong Province, PR China“ (IWRM China). Next to reports on the project status, the measures catalog for the sustainable management of water resources and its utilization in the planned decision support system (DSS) were focus of attention during the task force meeting. Applying specific indicators, the DSS will be weighing potential combinations of measures, prioritizing them and thereby allowing an adapted optimization of the management situation.

Chinese and German partners both introduced the results of their present work and discussed them in detail. On the second day, research results achieved by the comprehensive project were introduced in detail in the framework of a scientific workshop. The event met with lively interest. Apart from numerous scientists from the partner institutes involved and representatives of the Chinese Water Authorities, many students and members of various Universities took part. The framework program to this excellently organized event offered abundant opportunities for exchange between the subproject partners. 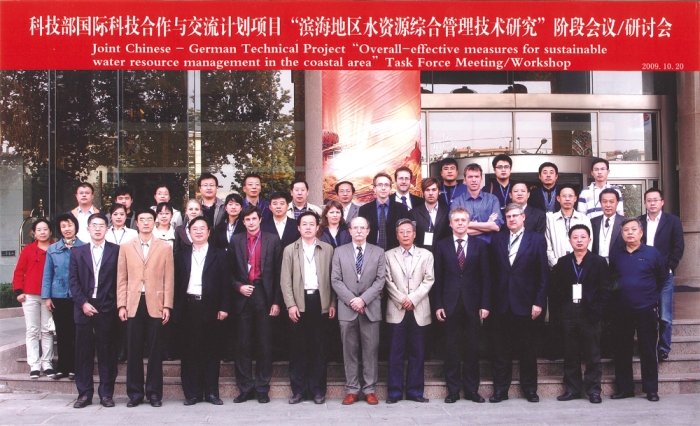